The science behind IQs 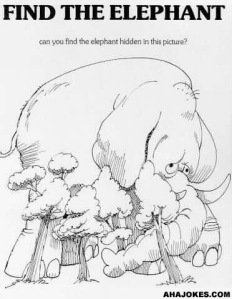 Ever wondered what your IQ is? And more to the point, whether it actually means anything in terms of intelligence? Before we all start another year of study, let’s find out

First a little history. The term IQ (from the German Intelligenz–Quotient) was pioneered by German psychologist William Stern in 1912. He was interested in measuring children’s intelligence. It is designed as a score derived from several standardised tests intended to assess intelligence.

Different scales have been used. The first  is called the Stanford-Binet scale and originated with the French psychologist Alfred Binet. He was interested in studying mental retardation in school children and devised a series of tests to assess their intelligence. These tests were both physical (touching certain areas of the body for example) and mental (the ability to draw abstract designs). With these tests, he was able to assess what he called “mental age” (MA) which is an individual’s level of mental development in relation to others.

The scale has undergone several modifications in his testing and calculations – the fifth edition Stanford-Binet 5 is the one most currently used. The basic formula for calculating IQ is as follows:

This works particularly well in testing children. For example, if testing a 10 year old’s IQ, a series of tests will be compiled ranging from a 9 year old’s average ability to an 11 year old’s. If the child answers all the questions for the 9 and 10 year olds, it can be assumed his mental age matches his chronological age. Thus his IQ would be:

Average IQs range between 90 and 110. A score of over 140 is considered superior whilst a score under 70 is though of as very low. Although this scale is still used nowadays, it seems to be more applicable to children and specifically to the gifted or mentally challenged individuals. The main problem with applying it to adults is that there is controversy around the mental age issue. Is there really a measurable difference between mental ages at 30 and 40?

Another more modern scale is called the Wechsler Adult Intelligence Scale (WAIS). It was first devised in 1955 by American psychologist David Wechsler and a fourth edition – WAIS IV – was released in 2008 by the company Pearson. It is considered a more well-rounded scale for calculating IQs as it incorporates both verbal and non-verbal abilities into its testing. Wechsler defines intelligence as “the global capacity of a person to act purposefully, to think rationally and to deal effectively with his or her environment”. As opposed to a ratio of mental age to chronological age, IQ is now more though of as a deviation from a standard score. The IQ values are represented as a bell shaped curve. The standard score of 100 is the top of the bell with most people deviating from it by plus or minus 15.  The current version of the test is composed of 10 core subtests and five supplemental subtests. The ten core subtests comprise the full scale IQ. These subtests are divided through four index scores: 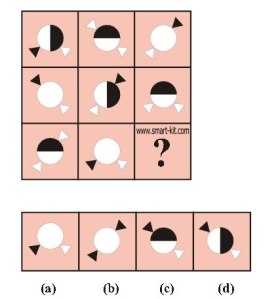 So what are IQs used for? Generally it is though to assess the brain’s skills like logic, verbal reasoning, memory, perception and mental arithmetic. Many areas of social science and psychology use it in their study. For instance, in education it can be used in predictions of educational achievements or special needs. By social scientists it can be used to predict job performance and income. Most commonly though it is used in academia as a research tool. Social scientists in different fields will try to use IQ to correlate with parameters they are studying. In this instance, IQ has been shown to be associated with morbidity, mortality, parental social status and to a certain extent parental IQ. However there is much controversy around the possible hereditary status of IQs. Different studies have found the heritability of IQ to be between 0.4 and 0.8, which means “substantially” heritable, whilst other completely refute this claim.

This brings us to the more compelling issue: does IQ really mean anything? Its reliability seems to depend on the people using it. While it is deemed highly reliable by psychometricians and reliable enough for clinical purposes by psychologists, others believe IQs cannot objectively represent an individual’s intelligence. There are many criticisms among which that the test is biased in certain circumstances (with autistic children for example) and that the method of analysis is outdated. Also to be considered is that the same individual can have very different IQs depending on which scale has been used to calculate it which makes its reliability difficult to assess.

So all in all, whether you have a below average, normal or genius IQ, I wouldn’t fixate on that when it comes to the next exams! After all, it’s only a number, especially to the individual.

« The Haiti disaster: why it happened
The 2010 Nobel Prize Winners »

Natacha is a research scientist and a lover of all things science! She love finding out interesting facts about all aspects of life, whether it’s how genetic engineering works or what the difference between crimped and straight hair is. There’s a bit of science behind every mystery and the Science Informant will help find the clues for everyone to enjoy and understand the amazing world of science!